Whats the problem? Well as the Title says: Dolby Atmos for Home Theater...


I am testing a fresh Install of Version 1909 for the third week now. The MSHD Audio drivers were the only way to get Dolby Access (Atmos) working in Games at all, because with the Nvidia HD Audio drivers it is just not working at all, since 2018...


BUT, now I see that even with the MSHD Audio drivers dated 04.09.2019 its not stable at all. It works for a couple of times and then It needs to be force reinstalled to be working again.


Let me start with this Picture from 6 Months ago, when everything was just fine: 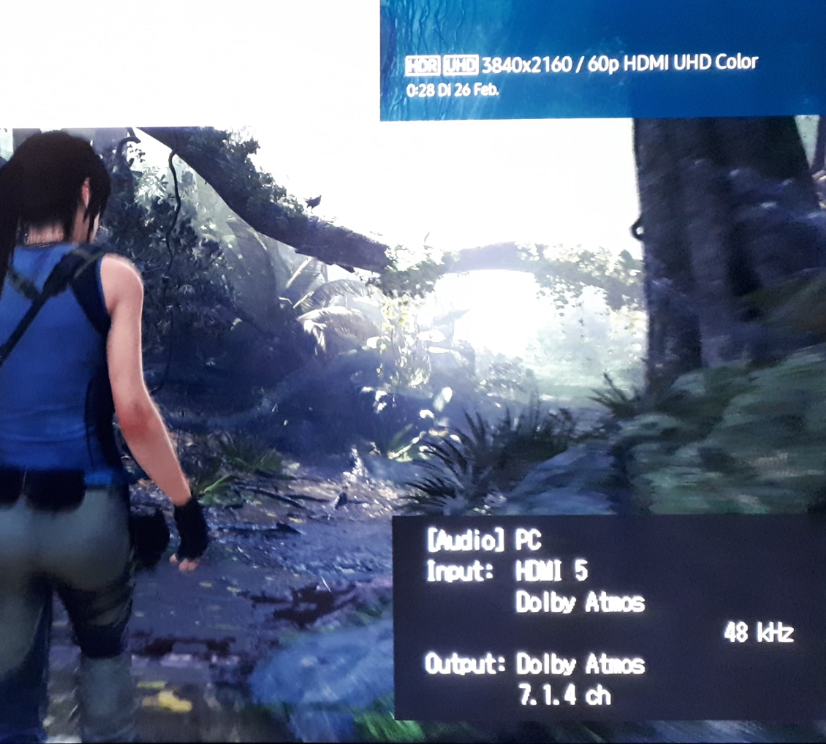 Input is the signal which comes from the PC and it is Dolby Atmos, which then gets Outputed as Dolby Atmos 7.1.4 - everythings fine.... 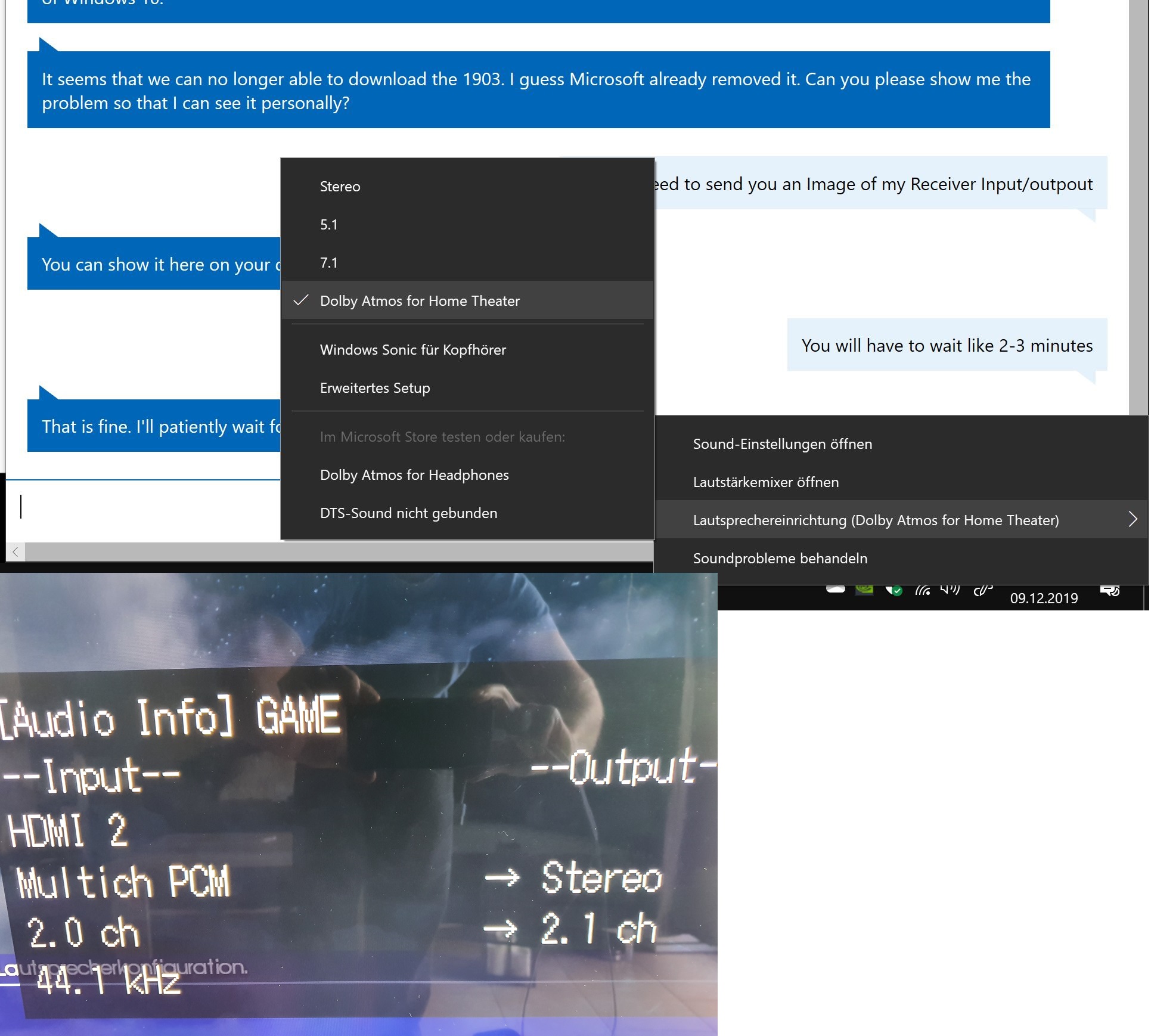 Somehow the Driver gets broken very fast and even when Atmos is selected as desired Output it send 90% of the time only 2.0 Mutichannel Signal to the Receiver.

If force reinstall the MSHD Audio driver it works for like 1-2 times until something else is launched like Youtube or Spotify or anything else really, it will not work anymore.


Also since 1909 if it somehow miraculously works it is not recognised as ATMOS anymore, but Multichannel signal, which is output as Multichannel 7.1.4 - which I do not think works like real Atmos in certain ways, but as a Virtual Height created by the Receiver.

My question is, since the Problem of this nature is well known all over the Internet since Dolby Access exists, why do I have the feeling that this problem is like of the bottom of the priority list for the last 2 Years ?

I mean we are talking here about stuff which affects like thousands of people with very expensive PC Hardware and even more expensive Audio equipment.

Please start working together with Nvidia, Onkyo, DENON, Marantz, Yamaha and so on to get this finally working as it should.


I mean nobody will use this, if it is broken and unrealiable. I am sorry to tell you, but I have to tell every customer which is buying a Home Theater system for Gaming, that Atmos is still not working without problems. (XBOXs are affected too)

Have a nice day and maybe put this on the top of the list of "windows isssues which urgently need to be solved"
Thema:

Network Adapter Driver: Since I upgraded to Windows 10, I had some issues with audio and video so i used LatencyMon, which told me i have problems with the Network...

Mails are synchronized multiple times: Hi, I have two microsoft accounts. In one of them, I added the other account as "Connected account". This was working since months now, but...

Surface Pro 4 can't find Windows: Hello everyone, i have problems with my Surface Pro 4. I use Onenote a lot and till now it worked fine, but since a week the Surface crashed...
Teilen:
Facebook Twitter WhatsApp E-Mail Teilen Link
Registrieren